Better breathing : One of the main benefits of Orthodontics 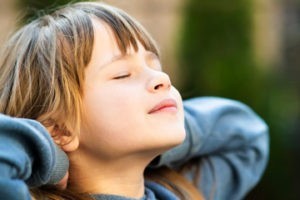 In a child, the clinical signs that should alert parents and caregivers to the poor performance of ventilatory function are open mouth, dry lips, dirty and congested nostrils, dark circles. It is of course necessary to consult the attending physician, the pediatrician or the ENT specialist, but also the orthodontist.

Because in some cases, it plays an essential role in the management of insufficient nasal ventilation which can be the cause of common pathologies (ear infections, nasopharyngitis, polyps) or more serious (sleep apnea syndrome , behavioral disorders). Restoring normal ventilation obtained with early orthopedic treatment is a guarantee of improved health in a child.

Ventilatory function : why is it so important ?

If breathing is disturbed, the nasal and sinus structures no longer filter the air that enters the lungs. Good nasal breathing warms, humidifies and purifies the inspired air, which is not the case when the air passes directly through the mouth.

Nasal breathing also has the function of cooling the brain, which is a large producer of heat. The consequences on the child’s sleep, which is less restorative, and on the brain development of the growing child are significant in the event of poor performance.But its role is also essential in growth since breathing is, along with chewing, the main energy for the development of the entire middle level of the face, gradually shaping the child’s face.

Good nasal breathing allows satisfactory growth of the orofacial sphere, leading to harmonious development of the face and facilitating better alignment of the teeth.

Ineffective nasal breathing will cause mouth breathing. The inspired air will no longer be filtered by the nasal mucosa and classic pathologies of the Nose-Throat-Ear region will develop more easily. The child will spontaneously open his mouth and place his tongue down to clear the aero-digestive crossroads and improve his breathing. The growth of the lower jaw then takes a vertical direction while the upper jaw becomes insufficient in width. Significant tooth positioning disorders then gradually app.

Indeed, once the treatment is completed, follow-up is essential, especially for young patients who may have acquired the habit of breathing through the mouth, and who retain this habit even after having their nose free from any obstacle. To avoid recurrence, it is important to offer a real rehabilitation through exercises, preceded by washing and nasal blowing. These exercises can be supported by small devices called “functional education”, which guide the tongue in a high position, keeping the lips together.

Often parents are unaware of their child’s nasal obstruction because it has been going on for a long time and everyone is used to it. And yet, this lack of nasal ventilation has repercussions on the development of the jaws and the position of the teeth, but also on health in general.

Indirect signs of mouth breathing, such as dry and parted lips, a tilted head position during sleep, an elongated face and dark circles under the eyes should trigger a consultation with the attending physician, pediatrician, or ENT specialist, but also at the orthodontist.